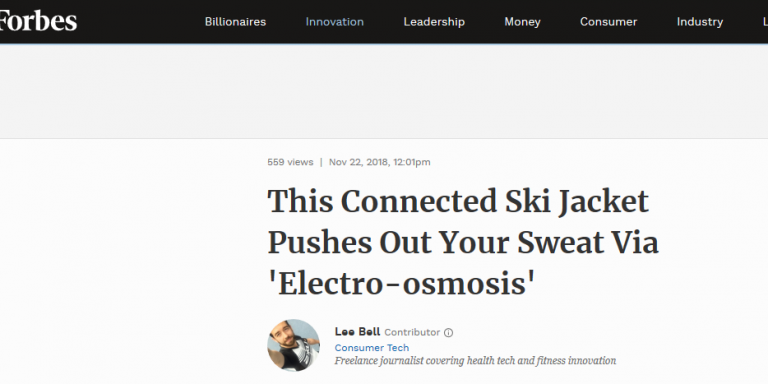 Huge media coverage after KJUS launch of the HYDRO_BOT jacket

With almost 70 articles published, as well as requests from large TV channels, we can tell a story of extensive media coverage after the Kjus launch. A vast variety of types of media houses has written about the world’s first ski jacket with an integrated electronic user-controlled membrane.

Forbes, the American business magazine describe it as “perhaps the most high-tech piece of clothing you’ll have ever laid your eyes on”. The IDW, which brings together the scientific community and the public, says it “eliminates the problem of cooling down after skiing, which is otherwise caused by the moisture trapped in the inner clothing.”

Furthermore, ISPO TexTrends unfolds the mega trend in the sports and outdoor markets of thinking smarter, and explains how the “Kjus’ ski jacket which eliminates sweat at the touch of a button, is seen as a real game-changer in the industry.