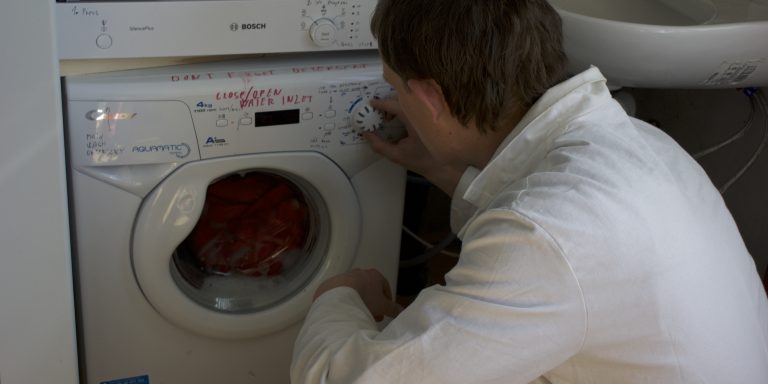 After months of fine-tuning, Osmotex is set for the commercial launch with first brand partner the fall of 2018. By the end of 2017, jackets with integrated HYDRO_BOT technology had been tested both in the slopes for alpine skiing and for cross country skiing by Osmotex.

The alpine test crew was skiing on and off piste in Austria, at temperatures  between +5 and -10°C. Many might be familiar with the sweat accumulated when arriving at the ski lift, and the need to then open the jacket to vent. Testers reported that for the first time, there was no need for opening the ventilation zippers and the experience of “post exercise chill” was greatly reduced. During strenuous off piste runs, seasoned testers reported for the first time not having to open the vents during activity, as HYDRO_BOT provided the required moisture and thermal regulation. This expresses neatly the “rhyme and reason” of HYDRO_BOT.

The Alpine jackets also underwent more extreme tests then designed for, with high activity cross country skiing in frigid Norwegian mountains down to minus 20 degrees centigrade. Despite high sweat rates, the subjects reported feeling dry and “cool but not cold” wearing HYDRO_BOT. After exercise, the HYDRO_BOT panels had made clearly visible dry imprints on both mid and base layers – an indication of a very strong local effect, from which the global effect felt by the subjects were emanating. Although strictly outside the conditions for which an Alpine jacket is designed, this shows the potential impact of HYDRO_BOT in clothing designed for the highest activity levels.

Other important tests took place indoor: The laundry machines have been running continuously to test washability, supervised by lab technician Martin Klucka (picture). This to ensure that a HYDRO_BOT jacket can endure as many wash cycles as required for a given usage.