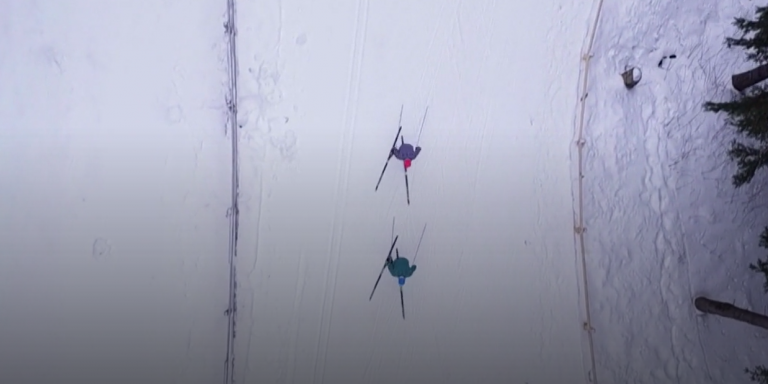 The head technician for the German National X-Country team, Enrico Heisig, tries out all new potential equipment for the team; skis, skiwax, bindings, and functional clothing. In January, we had the chance to have him test the Kjus HYDRO_BOT jacket together with 3SAT and their short documentary “Gut Zu Wissen”. You can watch it here.

The documentary takes us from success in the lab, showing the positive testing at Swiss Federal Laboratories for Materials Science and Technology EMPA, as well as internally at Osmotex’ lab. But how successful was is HYDRO_BOT in practice? Mr. Heisig wore the Kjus HYDRO_BOT jacket for an hour of high intensity, full speed skiing. He also brought one of his colleagues wearing a normal jacket for comparison. While under the normal jacket a large amount of built-up sweat was found, Mr. Heisig was dry under the HYDRO_BOT panels and generally felt very comfortable. In other words, yet another highly successful field test of our technology!