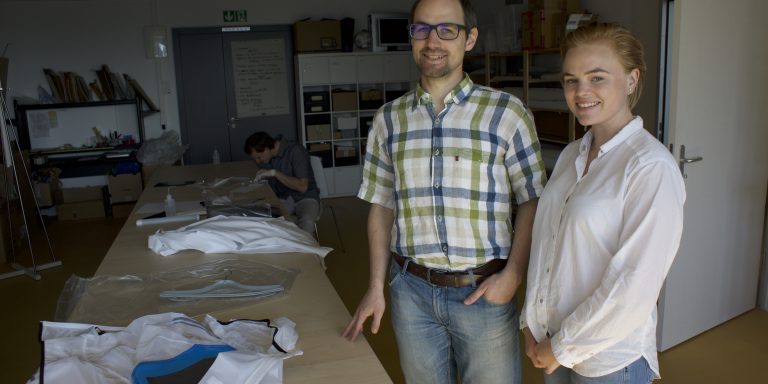 Two new professionals have been added to the HYDRO_BOT team. Continuing operations in the intersection of R&D and commercialization, Raphaël Thierrin joined on the R&D side as a scientist and Trine Teigland on the commercial side of the company operations.

Raphaël currently focusses on examining new testing procedures in Osmotex’ lab. He graduated from the Material Science institute at the Swiss Federal Institute of Technology in Lausanne (EPFL) in 2014. Raphaël’s love for Nature led him to perform his civil service first as a scientist researching CO2 capturing technologies at EPFL in 2014 and then as a lab technician in a research program on micropollutants in 2015 at the Swiss Federal Institute of aquatic science and technology. Between 2016 and 2017 Raphaël also worked as a sustainability consultant for Quantis SàRl.

Trine joined Osmotex in the second half of 2017 to support and drive the commercial activities around the HYDRO_BOT technology as the Marketing and Sales Coordinator. In August 2017, she graduated from the University of St. Gallen with a Master of Business Administration.

She holds a bachelor’s degree in international business with Chinese from Regents University in London, but has also studied in New York, China, and Switzerland. Between bachelor and master studies, she worked as a shipbroker in Singapore for 2,5 years for a large international trading company.